We can never predict the British weather - one minute raining, the next a fleeting glimpse of sunshine. Fortunately, the spirits of the hardened car racing enthusiast are equally lightened by both conditions wherever there’s the prospect of a decent race and the chance to view exquisite sports cars, such as the new Atalanta. 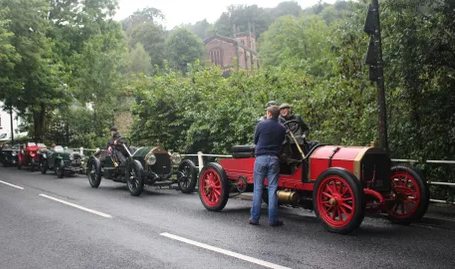 The Oakamoor Hill Climb Revival is one such event, guaranteed to brighten any day, whatever the weather. Such was the delight when a dozen cars gathered in Oakamoor, Staffordshire during September 2016 to re-enact the Cotton Race, last seen in these parts over a century ago. Under the excellent direction of the former High Sheriff of Staffordshire and fanatical motorist, David Leigh, the field re-enacted the 1906 race up Star Bank to The Star at Cotton.

Despite the rain, a successful race was concluded by each competing driver offering spectators a thrilling ride back down to the bottom of the hill.

Focussing on the successes of the day (and not the meteorological events) the Hill Climb Revival returns this year on the 15th of July 2017, as part of the Oakamoor Festival.

As sponsor of the event, the new Atalanta sports car will also take part, though strictly speaking it doesn’t fit into the pre-1975 qualifying criteria. It won’t look out of place, however, as the original 1930s Atalanta on which the design is based took part in similar hill climbs 80-or-so years ago. As one of the most technically advanced British sports cars of the era, it handled such races beautifully thanks to its lightweight chassis, four independently sprung wheels and powerful four-cylinder engine.

Local man, Francis Bolton, who took part in the 1906 Oakamoor event also participated widely in hill climbs, driving the many sports cars that he designed and owned. Like the Atalanta racing team, he also regularly appeared at Brooklands.

A newspaper article covering the 1906 Oakamoor Hill Climb stated “the chocolate coloured Daimler of Mr F A Bolton of Oakamoor, the seventh Daimler that he had owned, ascended the hill at 35 mph whereas the other cars were capable of no more than half this speed.” Due to handicapping rules, Bolton didn’t win this particular event but was successful in many other hill climbs and time trials throughout his motorsport career.

Bolton’s grandson, Edward and his wife Lucinda have collated some memorabilia of Bolton’s achievements which will be displayed on the Paddock at Oakamoor alongside other exhibitors.

As many as 100 classic and vintage motor vehicles will also be exhibited in the Paddock where visitors will be given the opportunity to glean information from owners and drivers, as well as see these amazing mechanical masterpieces up close, including the new Atalanta. 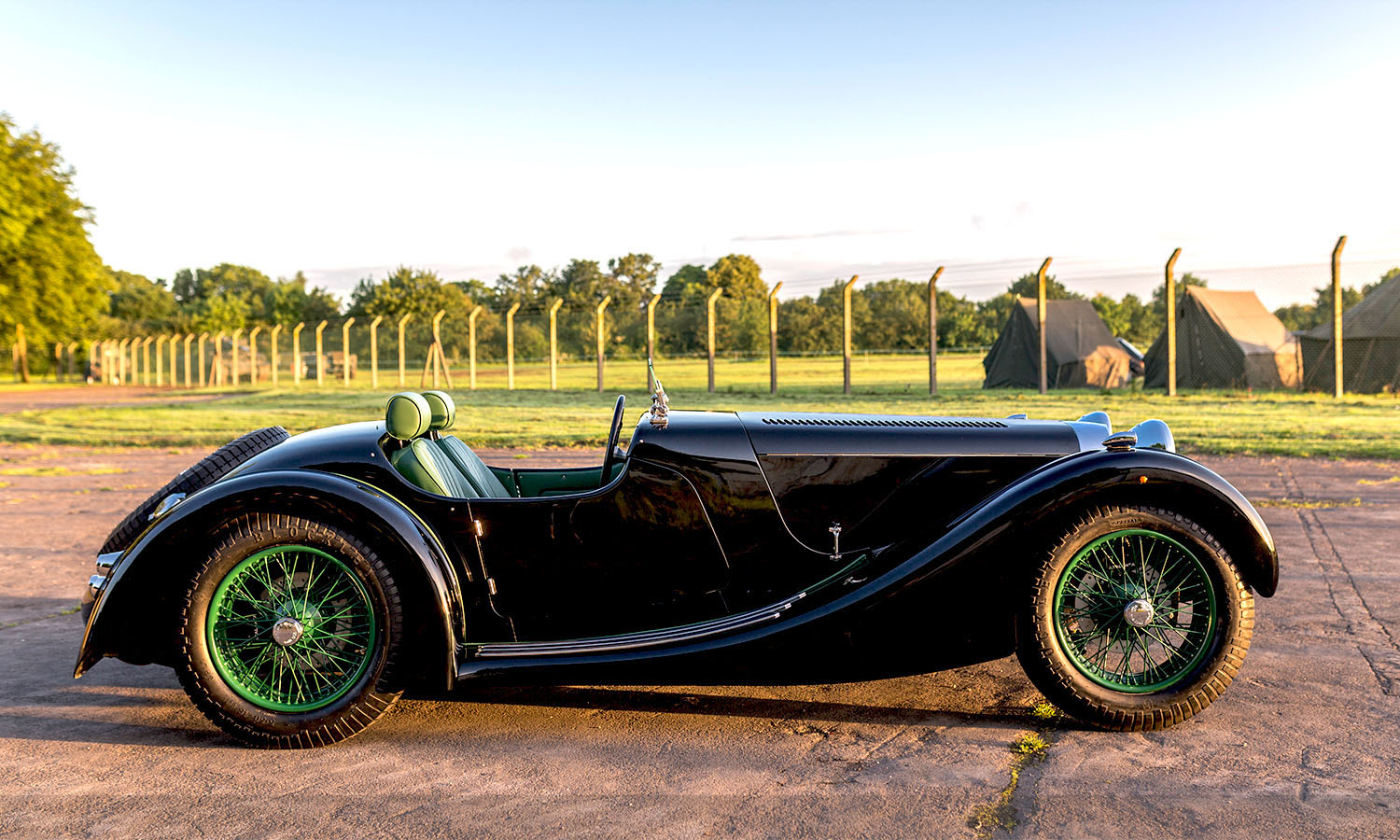 All those interested (and who wouldn’t be!) will be able to discover firsthand the excellent craftsmanship that goes into creating each and every Atalanta sports car. Over 2000 hours in the making, the new Atalanta combines all of the atmosphere of motoring from the 1930s with today’s improved reliability, safety and performance. In this way, Atalanta Motors continues the innovation that was evident in the original 22 sports cars whose design team utilised the latest engineering and materials to produce a distinctive yet contemporary British sports car.

If you can’t make it to Oakamoor on 15th July, you can still find out more about a brand new Atalanta two-seater sports car and register your interest by visiting the Atalanta website at www.atalantamotors.co.uk.